A few months ago, while still home in Jamaica, I was asked to meet with an American couple serving here in Durban area when I come to South Africa. Mark and Roxanne Singleton serve with Child Evangelism Fellowship (CEF) in some of the surrounding schools and are overwhelmed with the needs of the students and wanted help in what else to do and how to go about it so, Carl Waldron, the Director of Seed of Hope Community Development one of our host ministries here, told them about me and asked me to meet with them. We did! Yesterday, for breakfast at Mugg and Bean (nice place! Haha!). During our convesation, Mark said, "I hear you used to be in Indiana. Whereabouts?" I said, "Bethel College in Mishawaka/South Bend as Associate Dean of Students and Assistant Professor of Psychology." "I can't believe it", Mark responded. "Why?" I asked. "Because I went to Bethel College in the 70's and played soccer (football) for the College!" Wow! What a small world. Things were going to get even more interesting as our breakfast meeting went on!

Our server/waiter was a young man by the name of Thabiso. I asked him what that meant and he promptly and proudly said, "Happiness!" "Oh", I responded, "so what makes you happy?" He said, "I'm happy because I woke up this morning and I am here on the job and am doing well etc etc. So, I am happy!" "Is that all?" I asked. "What about your relationship with God? Is that not the basis of true happiness?"

"Can we talk later as you need to get going with our order?" "Yes", he said. "I get off at 3. Here's my number. I can meet with you after. Please also write down your number and give to me so I can text you when I'm done at work." And with that, started one of the most remarkable stories and encounters I have EVER had! And you know I have had many!

Thabiso met with me for dinner last night after work and told me that his father murdered his mother and he witnessed the whole thing! "What do you mean, you witnessed the whole thing?", I asked. "I was there", he said. "You see, my father had been cheating on my mom for years and she told him to stop but he wouldn't so she decided to cheat back on him (bad idea!). He found out and started to beat her up. I tried to intervene but he would beat her even if he saw her lover in the mall, he would come home and beat her. I'm the oldest child of three for my parents. I am 21 years old and my sister is 16 and my brother is 6. So, I took it as my responsibility to try and stop the fights but they kept fighting all the time until the fateful day in 2014. My father and mother were fighting and my father drew his gun (he was a policeman you see) and shot my mother several times and killed her right on the spot! As he started shooting, I grabbed him and we wrestled for a while but he shot at me, at my foot but the bullets didn't hit me. I was thrown off him and he finished shooting my mom and then he put the gun to his head and shot himself, point blank! But he didn't die like my mom! As it turned out later at the hospital, the bullet went out from one side to the front of his head over his eye and missed his brain by a millimeter or so! My mom was dead but I had to take up my father and put him in his car and drive him to the hospital for treatment!"

"The same man that killed your mom and almost killed you?", I asked. "Yes", he replied. "And where is your father now?" "In jail", he said. He was discharged from the hospital and was out on bail but he kept threatening to kill me. I guess, seeing that I am the only witness to what happened, if he killed me, he might get off. But with his threats against me, the bail was taken away and he is in jail and on trial. I have to testify against my own father who killed my mother!"

I was overwhelmed to say the least! I have counseled and mentored and taught and preached to thousands of people all over the world and have never sat face to face with someone telling me a firsthand experience like this! What am I to do with Thabiso? What are we, the Singleton's and I to do (Mark has offered to mentor him when I'm away!)? Yes, you guessed it! Mark and I have to mentor him! Thabiso told me last night, "do you know, several persons prophesied over my life and told me that I'm going to meet someone who is going to be my mentor/spiritual father!" Wow!

"Pastor", he said, "I don't know how to ask you this but can you get me a Bible? And pastor, I want to get baptized! I know I have to deal with some things in my life (girls! He and his girlfriend are expecting a child but he has other girls) but I would love if you could baptize me before you leave in three weeks as you said. I really mean to follow Jesus!"

How can I refuse any of these requests for a mentor/spiritual father, for a Bible and for baptism! Please pray for Thabiso! He's graciously given me permission to share his story with you! He's bright but the incident caused him to fail his high school exams and the repeat exam. But he's trying again, working overtime to go to school in Durban so he can re-sit his exams. He wants to be an investment banker, he tells me. But God may have other plans. He has flashbacks and he breaks down and cries at times. Then he has the court case and issues of forgiveness re his father! You get the picture how to pray for this incredible young man that God has brought into my life and ministry.

Thanks for the love, prayers and support! The journey continues! The vision expands! Glory to the Most High God! Coram Deo! 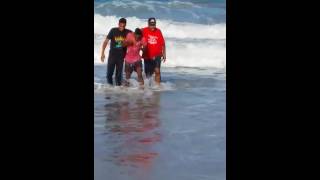 Back in Cape Town

The World Needs a Father